skip to main | skip to sidebar

A Moustache State of Mind 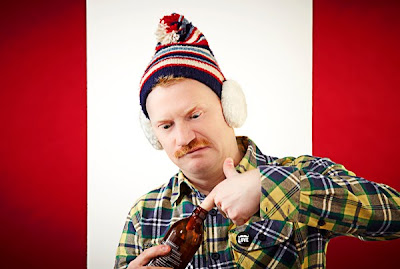 Unless you've been held against your will for the past four years in a makeshift underground layer at the hands of a diabolical fiend - and I hope you haven't - then you must be aware of Movember. If you have, get yourself up to speed at http://ca.movember.com.

Before the first follicles began to grow for me back in 2007, I had no idea the effect this movement would have on me. It's as though these upper lip whiskers grow an extensive root system that has somehow permeated my brain and left me altered forever. A moustache state of mind if you will.

I first learned of the inaugural Movember Canada campaign from a Toronto Star article. With my dad having lost his prostate to the disease in 2003, I figured my dignity could be put aside for one month in an effort to honour his successful fight against the disease. He had offered himself to a clinical study for Prostate Cancer performed by Dr. Joseph Chin at London Health Sciences Centre and it was during this study that he was actually made aware he had the disease. His foresight allowed for an early detection and offered him some of the best and most experienced care in the country.

Over the past four years I've used the month formerly known as November to grow a Mo and raise funds in support of Prostate Cancer Canada. I just wouldn't have believed before it all began that the growth on my upper lip wouldn't alter me quite as much as the subsequent growth in my brain. The one that increased my awareness and passion to help make a difference against the most common cancer to afflict men in Canada. At least that's my opinion - my wife might disagree. Over the span of 48 months, four of those have been consumed with the passion that is my Movember campaign. Thanks to the extreme generosity of family, friends and colleagues, I've managed to raise over $6,000 for prostate cancer research. I even had the privilege of having friends join the effort in 2010 as fellow Mo-Bro's. Below are links to the campaign efforts over the years. Memorable or just self deprecating? Either way I couldn't be more pleased with what Movember has given me.

igniter
Igniter is fuelled by passion, strategy and creativity. Combining unique abilities to create focused strategies that define sustainable brands. A full service creative enterprise, Igniter is capable of handling all of your design and branding needs – from the smallest project to a complete rebranding. With more than thirteen years of experience, Igniter is capable of delivering high-end creative without the high costs often associated with larger agencies.